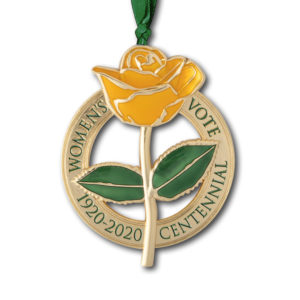 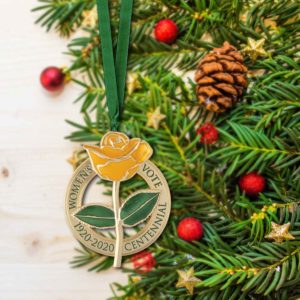 This Centennial Rose Women’s Suffrage Ornament will add much sentiment to your holiday tree. Celebrate the history of a woman’s right to vote.