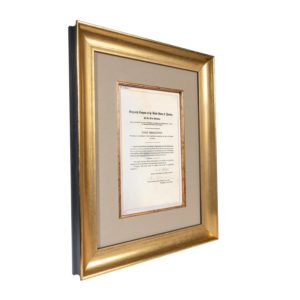 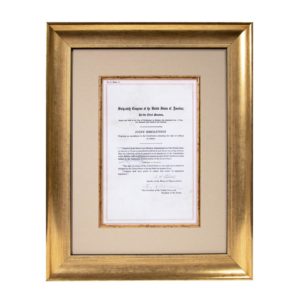 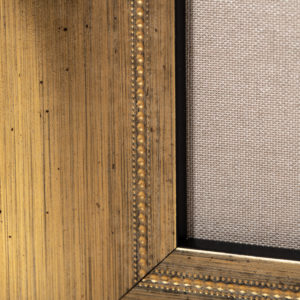 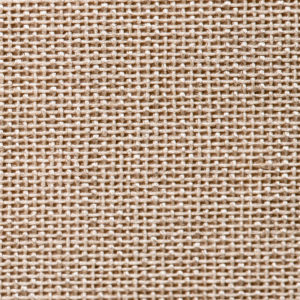 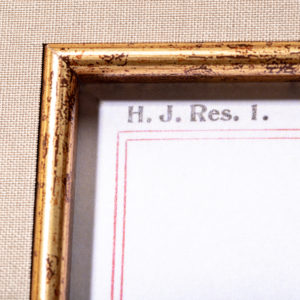 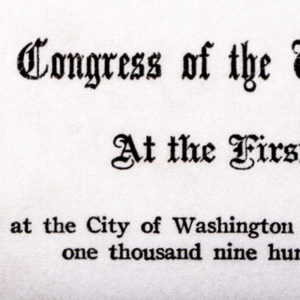 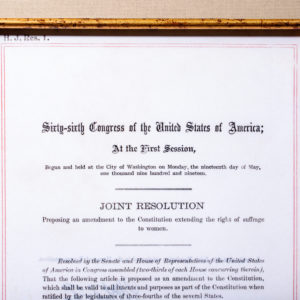 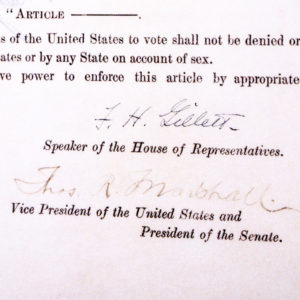 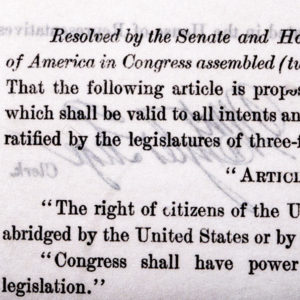 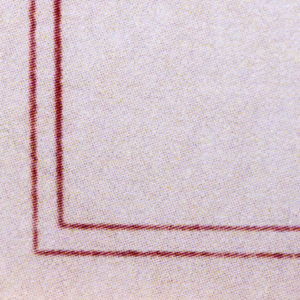 19th Amendment Centennial Framing: Women’s Right to Vote from the US Constitution 1920 (reproduction).

This is the 19th amendment centennial framing reproduction of the original congressional proposal document housed in the National Archives.

Passed by Congress June 4, 1919, and ratified on August 18, 1920, the 19th Amendment guarantees all American women the right to vote. Achieving this milestone required a lengthy and difficult struggle; victory took decades of agitation and protest. Beginning in the mid-19th century, several generations of woman suffrage supporters lectured, wrote, marched, lobbied, and practiced civil disobedience to achieve what many Americans considered a radical change of the Constitution. Few early supporters lived to see final victory in 1920.

Back to store front